When I tell y’all that this experience was so dope! It was like a throwback HBCU house party! The only thing that was missing was the jungle juice! The moment that I found out about this event, I just HAD to go! This was definitely one of the movies/shows that began my pilgrimage to college! Another one would be “A Different World”… hands down!

Synopsis: At historically black Mission College, the activist-minded Dap (Larry Fishburne) immerses himself in a world of political rhetoric and social movements — one day he hopes to rally the students as a united front. At the other end of the spectrum, Julian (Giancarlo Esposito), the head of the biggest fraternity on campus, is more concerned with maintaining a strict social order. In between, Dap’s conflicted cousin, Half-Pint (Spike Lee), spends most of his time rushing the fraternity. 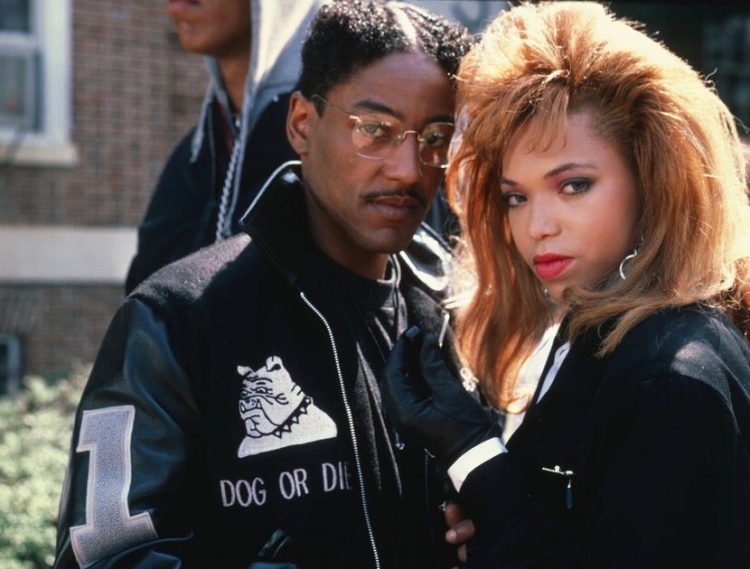 The day that I copped my ticket, the fashionista in me just had to figure out an outfit! I didn’t attend a HBCU (I attended a PWI: Temple University) nor did I pledge a black greek sorority, so I don’t have any appropriate paraphernalia that I could rock for the cause. So I took to the internet and found the perfect tee on Amazon! Today, I was a Mission College Alumnae! LOL

When I arrived at The Fox there was a sea of Deltas & AKAs and alumni from all of the HBCUs; the likes of Morehouse, Spelman, Clark, Howard, Hampton and NC A&T, on which the movie School Daze is loosely based upon.

While waiting for the doors to open, Spike Lee arrived and greeted everyone, by taking pictures of fans. Thr movie showing consisted of fans reciting each line, singing every song and getting up and “doing the butt” when it came out.

I throughly enjoyed myself! If you were not in attendance, you missed a really dope event!